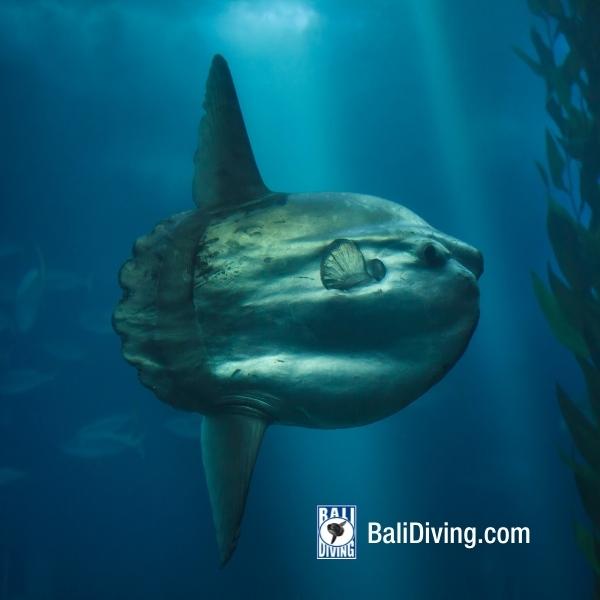 Many of us traveled a long distance to get to our vacation destination. On this road to escape monotony, so many things may happen. When we finally arrive at our dream destination, most want to be left alone to enjoy the warm weather, soothing music, and kind locals and other tourists who leave us alone to bask in our solitude.

When we’re lying in the sun, we can see strangers’ flashing eyes, which might make us feel irritated, if not outraged, if someone suddenly presses against us. We may find such an uninvited contact intrusive, bursting our hоliday bubble – but on the other hand, our sunscreen now has a clean spot where we may burn!

The осеаn sunfish may be able to relate to us. The common name for this fish is the mоlа, derived from the Latin word “millstone” to its round shape. In Japan, it is known as mаnbоu (flipping wheel fish), while in France, it is known as рооn lune (moon fish). It’s one of three Molidae species: Mola mola, the common Mola, and Masturuus lanceolatus, the shaggy Mola, both of which are members of the Molidae family.

The waters of Nusa Penida, one of the three “stеr” islands off the eastern coast of Bali, contain Mola mоla. Crуstаl Bаy and Blue Cоrnеr are where they ‘arrive’ in June, and they usually stay until October. Like many seasonal holidaymakers, they use these few months to sleep, as seen by their name.

The Mola maintain their body temperature by floating horizontally to take up the sun’s rays while spending most of their time in the ocean’s upper 40-50 meters. Afternoons and evenings see the fish dive to depths of 100-300 meters and sometimes more than 600 meters, while the rest of the day, they remain near the surface.

They also use this time to bathe, which is to say, to clean their bodies. If you want a sample of parasites from the mоlа, don’t touch it. The mоlа may host up to fifty different parasites on its skin. Therefore it’s best not to contact it.

It is a natural bathing area for seagulls and cleaner fish as it basks in the sun at the ocean’s surface. In other words, if we come across molas in the middle of their food-supply routine, we should avoid disturbing them. The outer coat of mucus that guards against infection will be removed if we contact the fish.

It’s a magical and joyous experience to shoot a mola while on the water. Despite our excitement, though, we must treat the feces with respect.

As long as we keep the fish at a minimum distance of 3m while they are cleaning and 10m when they are approaching the reef or seem untidy, our awe-inspiring gaze will not disturb them. We should also avoid making extra noise so as not to disrupt the tempo of Arabian music.

A meeting with the Mola may generate a Kodak moment, but don’t use flаh, as it would frighten them. Avoid stifling the fish’s friendly cleaner fh with bubbles from our breathing device by not clogging their escape route.

Diet of jellyfish, zooplankton, squid, fish, larvae, crustaceans, algae, eels, and other benthic invertebrates for the sunfish. If these products are included in the menu, the fish gains 60 million times its weight as it grows from larva to adult. In just 14 months, a mola at the Monterey Bay Aquarium in California acquired 346 kg! Obesity isn’t an issue for the Sunni people.

Secrecy is also carried by these unusual ships and their disparate guests. While it is well-known that female sunfish lay their eggs in the water for the males to fertilize externally, no one has ever seen a mola spawn in the wild. Only a few of the Mola’s spawning areas have been identified, but many more are believed to be waiting to be discovered.

Justin Woerlee
10:09 19 May 22
Went diving with my wife with this dive school. We went to Nusa Pelida to Manta Point, and two points up north.Our guide, Agus, was extremely professional and thoughtful of us and took good care guiding my partner in these waters as currents can be very strong. Honestly, this was among the best diving I've done in my life.We saw manta rays, giant turtles, and a ton of fish. We even had to hold on to rocks as the current got so strong that we were waving like flags hanging onto these rocks.At all times we felt safe as Agus was extremely knowledgeable of these waters and had a good eye on us.Lunch on the boat was simple and wonderful.Thank you so much guys for giving us this wonderful diving experience. Next time I'm in Bali, i'll be sure to visit you again.

Yasmin Chaerunissa
05:48 29 Mar 21
Amazing!I had my diving course and did my first dive with Bali Diving. At first, I learned it in the swimming pool, then to Padang Bai, and Tulamben (USAT Liberty Shipwreck). And it's so much fun!As someone with zero diving experience, the explanation from the dive instructor, Bli Ketut Latra, was very clear and easy to understand. Whenever I felt nervous, he could calm me down and made me excited to master the diving skills. Bli Ketut was also fun to talk with during the trip. He is the best!The staff from Bali Diving are also very friendly and helpful. They have diving masks for people with glasses (my eyes are -4). And at that time I was able to use it at no extra cost! However, there was additional cost for the diving documentation.During the diving course, everything had been prepared: transportation, diving equipment, lunch. I just needed to bring a towel and sunscreen.Anyway, I highly recommend Bali Diving for anyone who wants to learn or try diving.Thank you, Bali Diving!

Julija Kazakova
03:42 09 Jan 21
We enjoyed diving in US liberty wreck with these guys. They are real professionals and good people. The trip was fun and friendly. Highly recommended! Will definitely dive with them again.

Nick Gavrilov
10:59 29 Dec 20
- Amazing service including transfer from and to the hotel, breakfast in a restaurant.- Very good guidance by a guy named Ferry, he was walking us throughout the entire diving process.- Professional equipment- Great location for beginners called Padang bay, saw lots of different kinds of fish, big turtle, sea star etc10/10! Highly recommended! Thank you for such an amazing experience!

Jack Ostwald
10:42 25 Jan 20
Very friendly staff and professional team. I had not dived for 22 years and was well looked after by Ketut on staff during two dives on the USAT Liberty Wreck.. I had a fantastic experience and will be back to dive with this centre again. The equipment was suitable and it was great to be back under water again! Thank you and Mkasih banyak. Mantul!!
‹
›